The Origins of Streetwear

In the past few decades, streetwear has grown globally. Worn and loved by billions of people today.

But where did streetwear come from?

The origins of streetwear goes back to the 70's. But before urban clothing or streetwear were born, it was the hip hop and rap music that began in New York City.

When you look at artists from the late 70s and 80s like Afrika Bambaataa and Grandmaster Flash and the Furious Five - they weren't wearing what hip hop and rap artists would wear today.

They put their own outfits together with clothes they liked. It was a pioneering age of hip hop clothing.

Brands like Nike or Adidas weren't big at that time. Instead, people were the trend setters of street fashion, not the other way around. 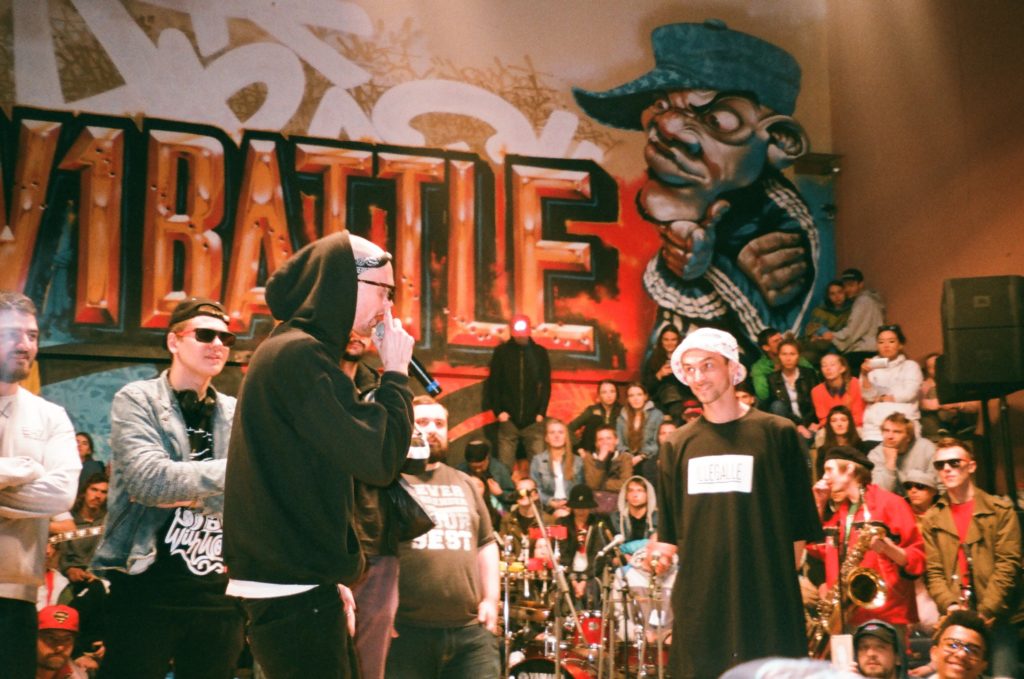 Entering the 80s saw the golden age of hip hop reaching internationally. Many artists including Salt-N-Pepa, Heavy D, Public Enemy were still picking up clothes they liked, and they had their own looks.

Many artists from this time, came from no money to having money - they started buying clothes that they always wanted and having their outfits custom made by designers.

Dapper Dan, an American fashion designer, is seen as one of the influential figures of the streetwear scene - he introduced high end fashion to the world of hip hop. Dapper Dan's clients included Salt-N-Pepa, Erik B. & Rakim, LL Cool J and Jay-Z.

This was even before urban fashion started.

Urban really took a turn in the 90s and cool clothing brands started to appear. Here are some examples:

These brands, and many more, contributed and laid the groundwork of streetwear fashion today.

Hip hop was still a huge factor at this time. You didn't have social media like Instagram and Facebook back then. People saw artists in their outfits in video clips and printed magazines, and that's how they shopped. It was a huge industry.

Into the beginning of 2000's - the globe saw an influence of hip hop, reaching to skaters.

It's interesting to note that, before, skaters used to listen to punk and rock and dressed accordingly. But with the growing hip hop culture, they started listen to hip hop.

Mid 2000's saw the shift in the market. Urban brands weren't big anymore, but brands like LRG and The Hundreds grew bigger, leading to the growth of streetwear.

Note that there were many other factors around that time that led to the birth of streetwear - but essentially through a marriage between skate and urban.

Eventually, what was baggy went to slim. Krew was one of the trendsetters of skinny jeans.

2010 and Now - Boom of Streetwear Brands

Sneaker culture grew strong with the rise of social media, which became a big part of streetwear. Sneakers have been a part of streetwear fashion from around the 80's, and sneaker collecting became a sub-culture - largely due to signature shoes of basketballer, Michael Jordan.

From the late 2010's, we saw luxury brands like Balenciaga and Louis Vuitton taking up streetwear - evolving to a new form of style, street luxe. We now see many artists wearing luxury brands and driving luxury sports car.

The 'hype' street culture began as well, which focused on limited editions, exclusive goods specifically following the current trend. It's favoured by many streetwear fans, donning brands like Supreme and alike; with large branded logos and graphic tees.

Perhaps, somehow, celebrities and artists taking up more luxury brands, and the high end lifestyle and aesthetics we can see on social media, have been idealised by younger generation as a social status and success.

On the other hand, the climate issues and criticism over fashion industry practices have led to the rise of sustainable fashion, which is started to tap into the streetwear scene as well.

Fashion never stops. So keep a close eye on how it evolves over time.

We could probably all agree Japan has become one of the influential countries of streetwear and fashion in general.

Going back to World War Two, Japanese culture was exposed to American style and culture.

Post war, fashion boomed with adoption of western styles and kimonos started to be reserved for special occasions.

50's saw rockabilly, biker, and rock movements. Introduction of jeans led to a fashion boom in Japan, and cities like Okayama became the textile hub specialising in denim.

In the 70's, there was a rise in youth adopting imported trends including hip hop, rap, prep, casual sport - eventually defining Japanese fashion style that we see today.

Karasuzoku trend began in the 80's, an all black aesthetic with anti fashion tendencies. Designers like Yohji Yamamoto and Rei Kawakubo had an influential role in the movement. Idol culture also emerged, which had more bold, daring styles; and Vivienne Westwood also entered the Japanese fashion scene, which contributed to major influence.

Street fashion in men saw an influence from idol bands like Checkers, which had a prep look. Women's fashion had an influence in the kawaii aesthetics with bright colours and Victorian-style silhouettes.

Parisienne styles also began but they tweaked to their own distinctive style.

You started to see wider silhouettes from their traditional clothing and reminiscence of designers like Yamamoto and Kawakubo, along with western style. We still see this style today.

In the late 80's college students adopted Shibuya-casual known as 'Shibu-Kaji' - which saw brand-less tops and designer denim, simple but yet defined style. It was the beginning of major fashion stores like 109, PARCO, and many others including vintage stores. Shibuya became the fashion hub, visited by millions of people across the globe.

Moving into the 90's, these styles saw maturity, and second wave of Shibu-Kaji began. We saw coordination of texture that focused on how you wore rather than what you wore. It led to different interpretations from person to person.

Imported trends continued, including brands like Antwerp Six. Both men and women engaged with Parisienne styles, frequently worn with beret hats, and brands like Agnés B became popular in Japan.

We also saw other trends like body-conscious (bodi-con), grunge, and outdoor American styles - mixing with down jackets from brands like Northface and Patagonia with splash of bright colours.

On the other hand, women's fashion adopted country style with reminiscence of native American.

During this time also saw the birth of Urahara style. This short term simply means the back streets of Harajuku.

Because there is so much more to cover, we will leave this later for a separate post for more in-depth discussion.

Some may argue, in Australia, street wear lacks in variety compared to countries like United States or Japan.

You can find independent streetwear stores in Melbourne mainly around the inner-city area, with curation of local and international streetwear brands.

But when it comes to major retail stores, some may find limited to explore alternative options other than big brands.

Thanks to the power internet, you can discover more brands online.

Hip hop entered Australia around in the 90's. But Australia may not have had the same level of influence in hip hop/rap culture compared to other countries, and therefore, lacked influence in streetwear fashion.

Nonetheless, powered by the internet and social media, interest in street fashion has grown.

Streetwear brands in Australia have also emerged in the last decade and we hope to contribute to the streetwear movement in Australia and beyond. 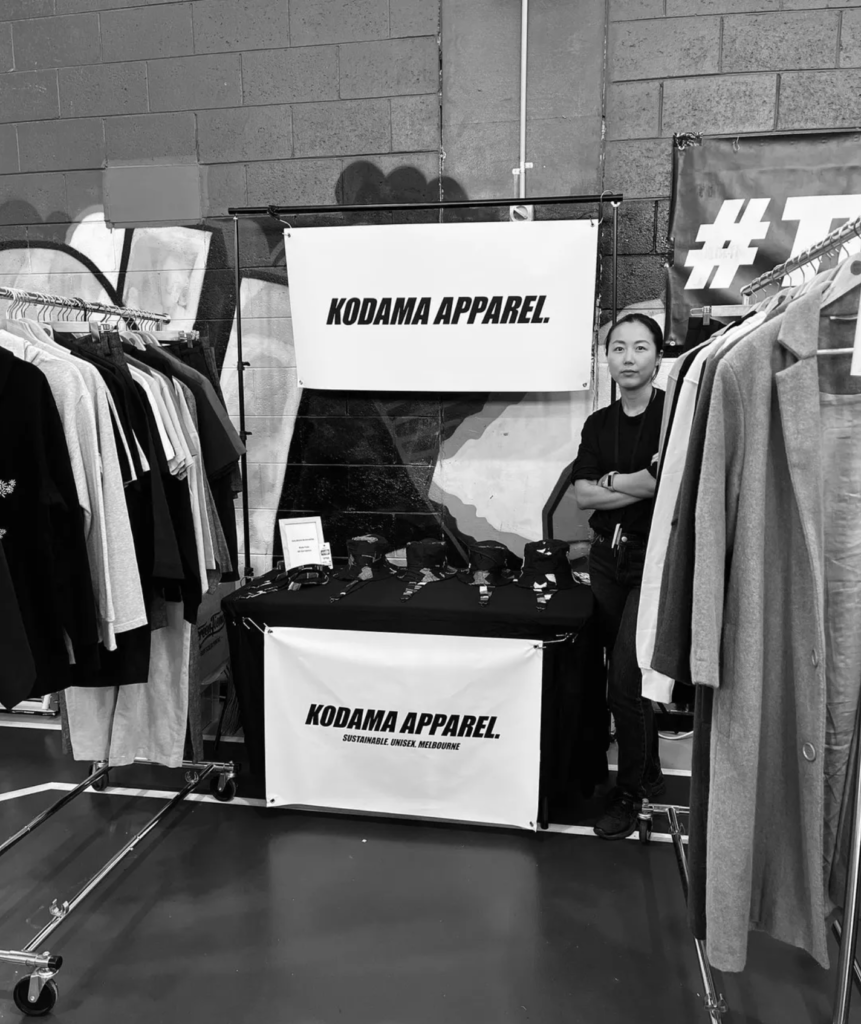